If you’re reading this article, the chances are that you want to know if you’re going to need a PCT for your SARMs cycle. We get asked this question more than 3 times a day, so we thought it would be good to make a short article about anything you need to know when it comes to SARMs PCT.

First, let’s start with the basics.

Most of you probably already know what PCT is (Post cycle therapy), but let’s explain that shortly as well.

PCT takes place after the cycle with the specific goal of giving your body a break from the cycle and restoring your natural testosterone production.

Usually, this means that at the end of your cycle, you will be “suppressed”, which means that your HPA axis (Hypothalamic–pituitary-gonadal axis) is suppressed because of the introduction of SARMs to your body.

Signs of being “suppressed” at the end of a cycle: 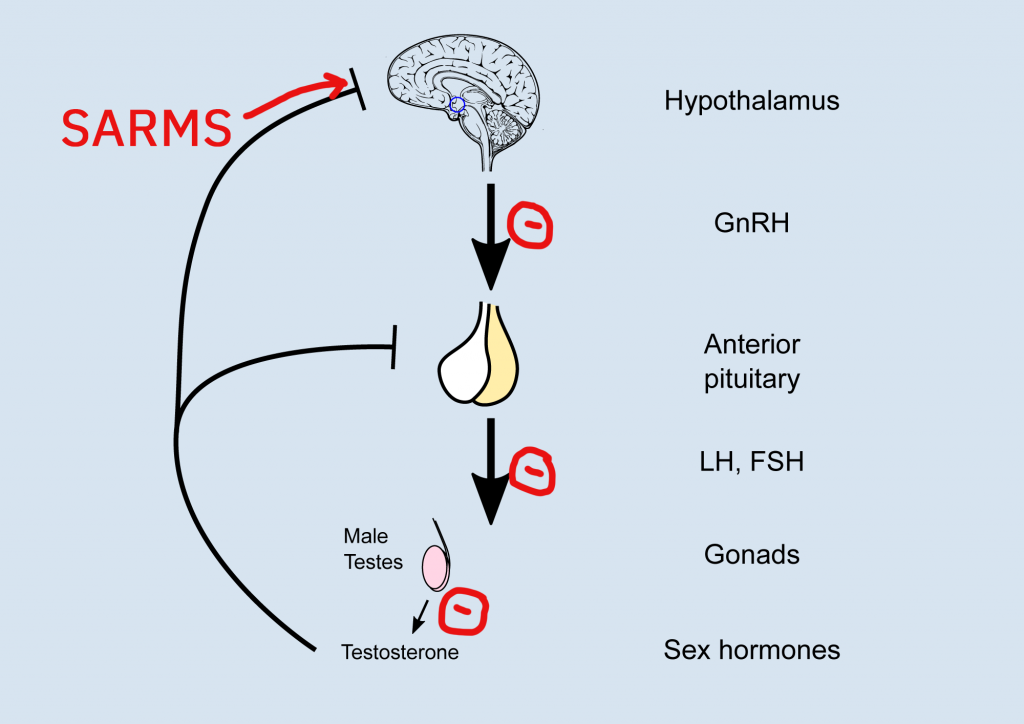 What Should I Take for PCT? (SERMs)

So now that we understand what happens when we take SARMs and how the suppression happens, let’s talk about our options. In bodybuilding, it’s common to use SERMs (Selective Estrogen Receptor Modulators) for PCT. There are also other options, like AI’s (Aromatase Inhibitors), HCG. In this article, we will focus on SERMs which are commonly used for PCT.

Those are the SERMs that you can use for your PCT:

There is also Raloxifene, which sadly doesn’t raise testosterone (through LH and FSH, see the chart) like the other mentioned SERMs. For that reason, Raloxifene cannot be used for PCT.

How do SERMs Work?

SERMs like Tamoxifen and Clomiphene block estrogen from binding to the receptors in the hypothalamus which will signal the body to produce more GnRH, LH, FSH, and ultimately more testosterone. (See the chart below) 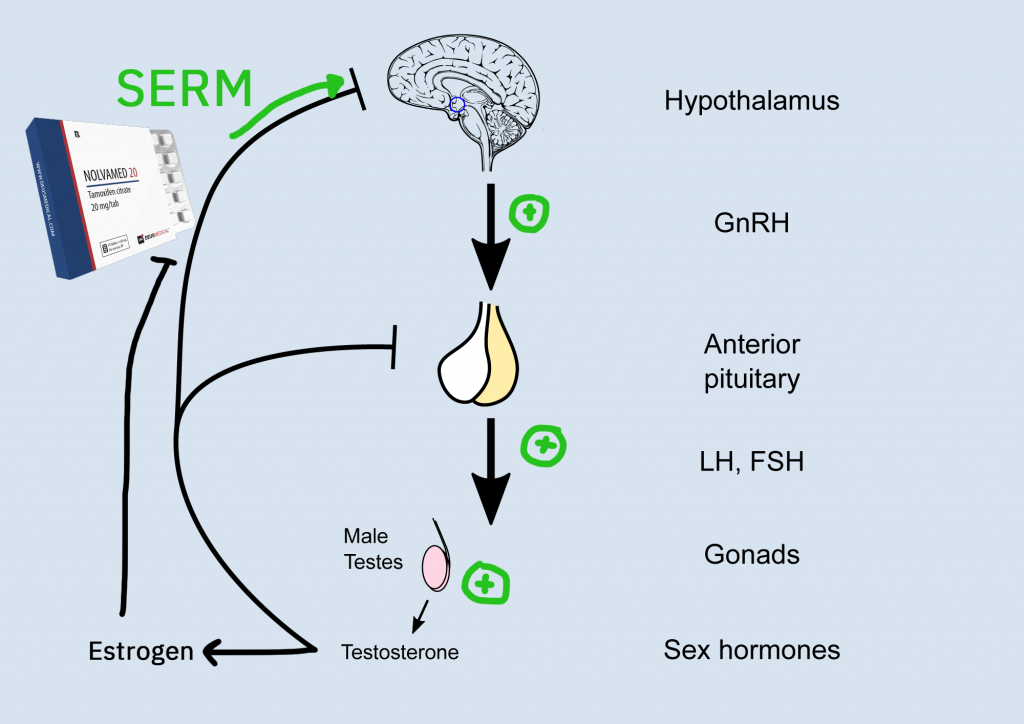 Do You Need PCT With SARMs?

If you can’t afford a blood test after the cycle (since it’s the only way to tell if you are suppressed or not) then it’s recommended to take PCT after SARMs cycle (You will find below which SARMs require it and what is the protocol).

With that being said:

The following SARMs will most likely suppress you, and it’s advisable to take a PCT after using them. Disclaimer: Keep in mind that not a lot is known about SARMs, the information you see here is just a recommendation, you are advised to do your own research before deciding!

You do not need a PCT for MK677, Cardarine, and Stenabolic as those are not SARMs and won’t have an impact on your HPA axis.

PCT for SARMs – Protocol & Dosage for PCT after SARMs

Tamoxifen is considered one of the best SERMs for PCT because it’s potent and barely has any side effects.

You can also double your dose if you feel like those doses are low, however, it has been shown that Tamoxifen is effective in raising testosterone even at 5mg. So taking more than 20mg is really not necessary in most cases (Here is a link to one study that confirmed that: Effect of lower versus higher doses of tamoxifen on pituitary-gonadal function and sperm indices in oligozoospermic men)

You can also extend your PCT to 5 or even 6 weeks if your SARM cycle was very long (more than 8-10 weeks).

Enclomiphene is another common SARM PCT compound. It is a bit harder to get than Clomiphene and Tamoxifen (we don’t sell it at BuyDeus).

The dosage for Enclomiphene is still debatable, but some studies show its effective from 12.5mg ED.

We would recommend sticking to 12.5mg ED for your SARM PCT, but you can also go as high as 25mg ED (though, it’s really not needed):

What about HCG and SARMs?

You don’t need HCG after a SARM cycle (or during your cycle as well). HCG is common with steroid cycles though.